Richard purchased the Evo 6 TME from DK Engineering last year (2019).  He has always had a thing for quick cars, stretching back to the Mitsubishi turbo 2000, many Sierra Cosworths and he (and his dad) were one of the original customers for the Evo 6 when Ralliart officially imported them into the UK.  He was also involved in helping Ralliart charter a plane from a good customer of ours European Aviation so that their customers could complete the UK importation requirements and take their cars for a quick spin around a Rotterdam car park.

He always wanted to find a good example of a UK TME, it took a bit of patience, but finally, the right car arrived and a deal was done.  Due to his experience with Auto Torque before he knew that whatever was not right with the car we could sort, and boy has it turned out well.  He now has a perfect example of a UK Evo 6 TME to cherish and enjoy the occasional B road blast.

Richard and his Son Gavins passion for these fine rare cars show in their enthusiasm and love to restore them to the very best standard and let their former glory shine. I believe Richards words to me when he dropped it off were along the lines of, ‘I want it looking like new’ and this was just the underside. 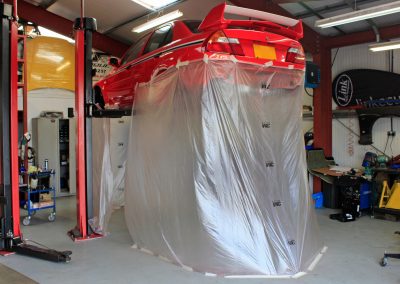 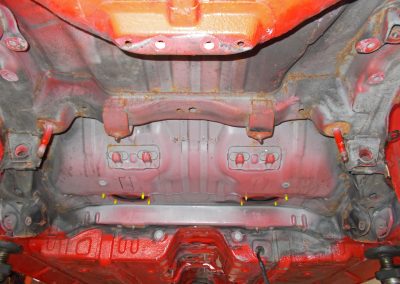 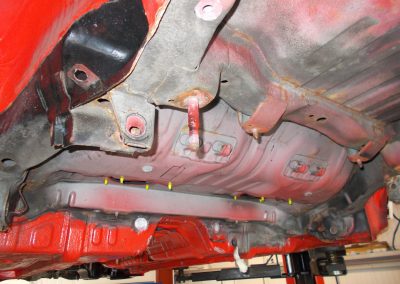 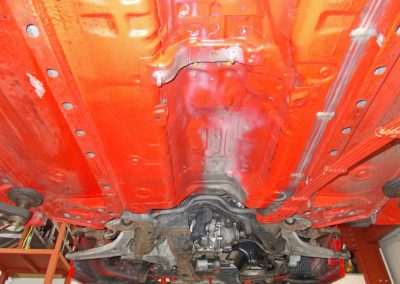 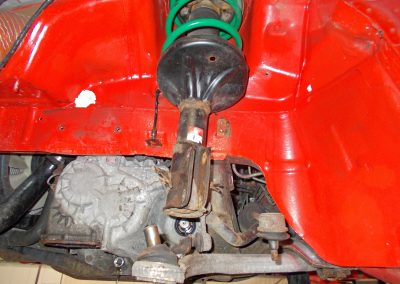 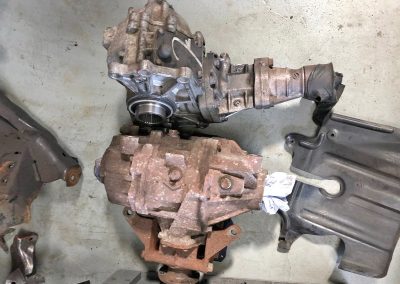 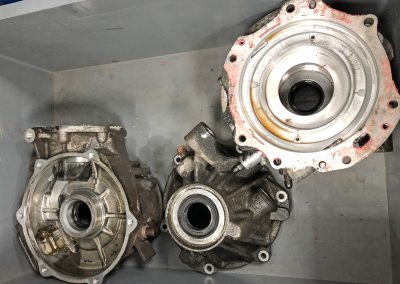 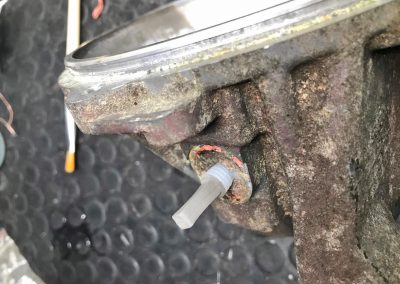 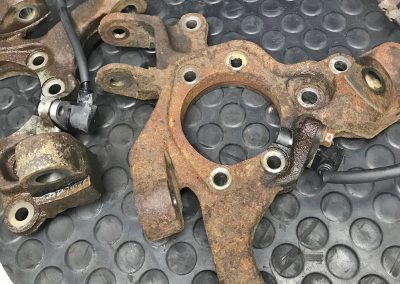 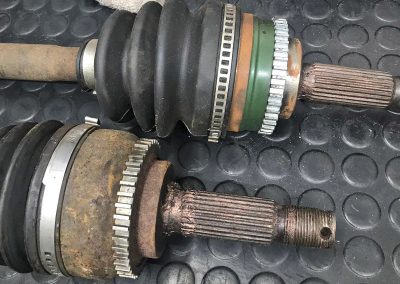 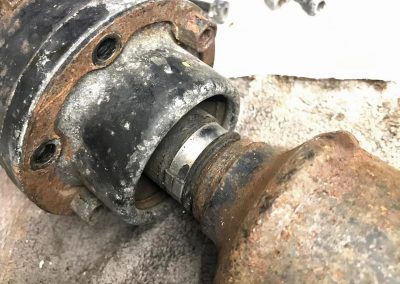 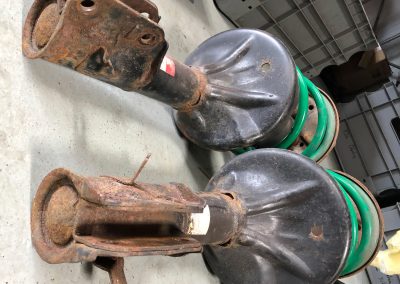 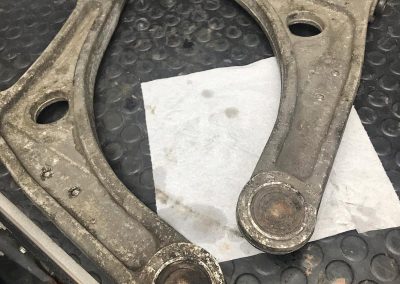 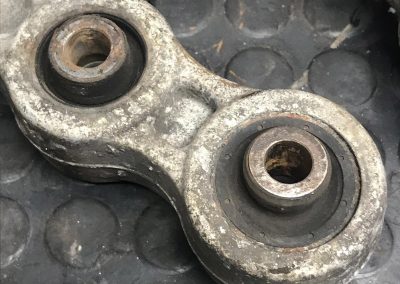 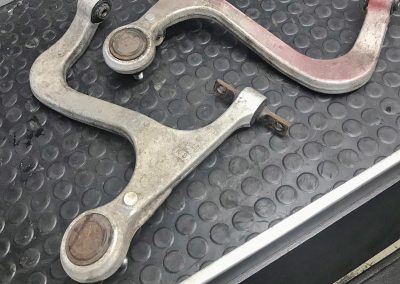 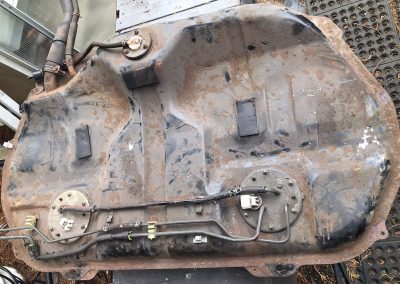 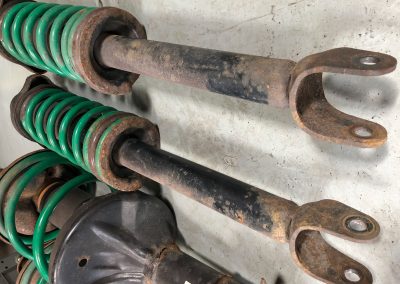 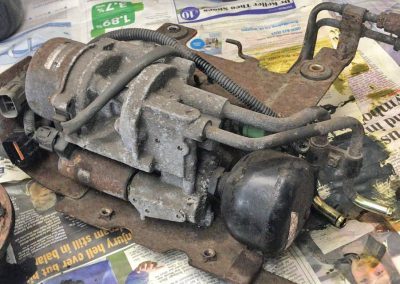 Without further ado, we couldn’t wait to get a look under the car and see what we were faced with. The overall chassis was very good and rot free, slight surface rust on the metal components but as expected. Worst of all was the hand-painted thick red paint which covered the entire floor pan, brackets and brake/fuel lines, where someone in its previous life attempted to tidy it up (with little success). Above are a few pictures of the condition once we stripped the mechanical components off but before we tackled the restoration.

There were100s of man-hours that went into this restoration, and we have 1000s of photos that document the process, we have only put a handful up so you can get the idea of how far we take our restorations.

After the underbody was complete we dropped the engine and transmission out and did a mini reso on these too to make it what we believe to be the best UK Evo VI TME in the country, if not world!!

Pictures will follow soon of the engine resto. Below is the finished article. 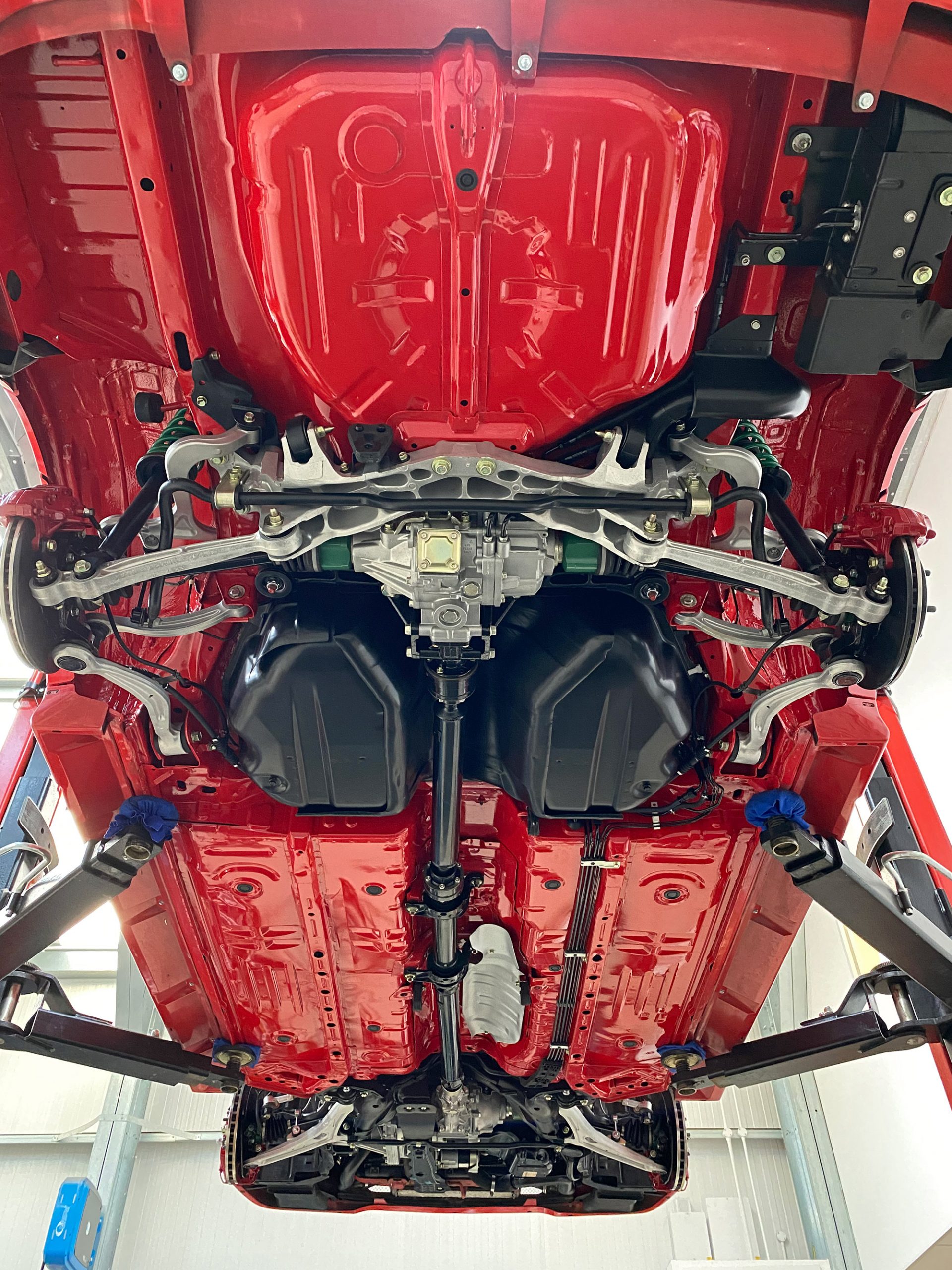 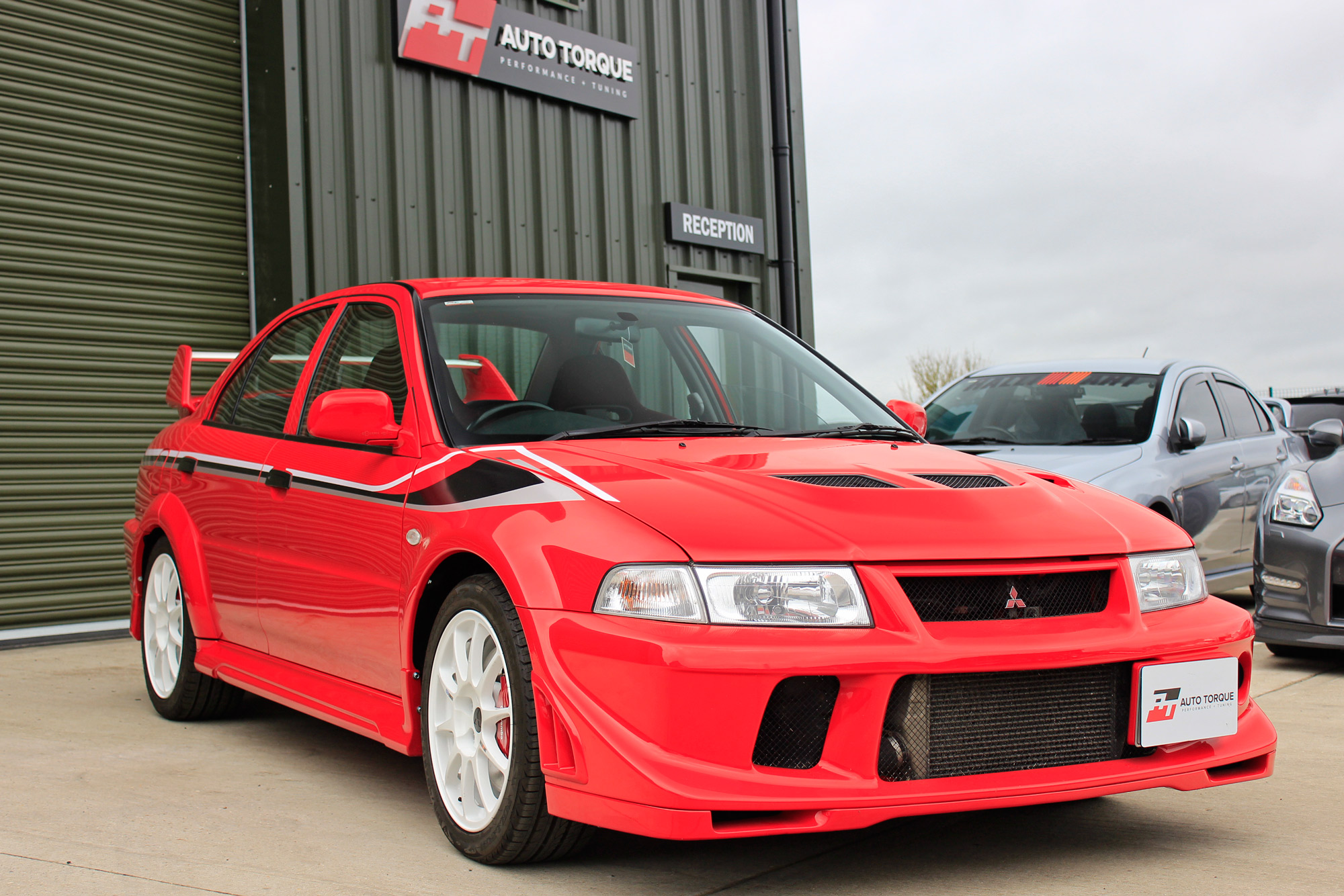 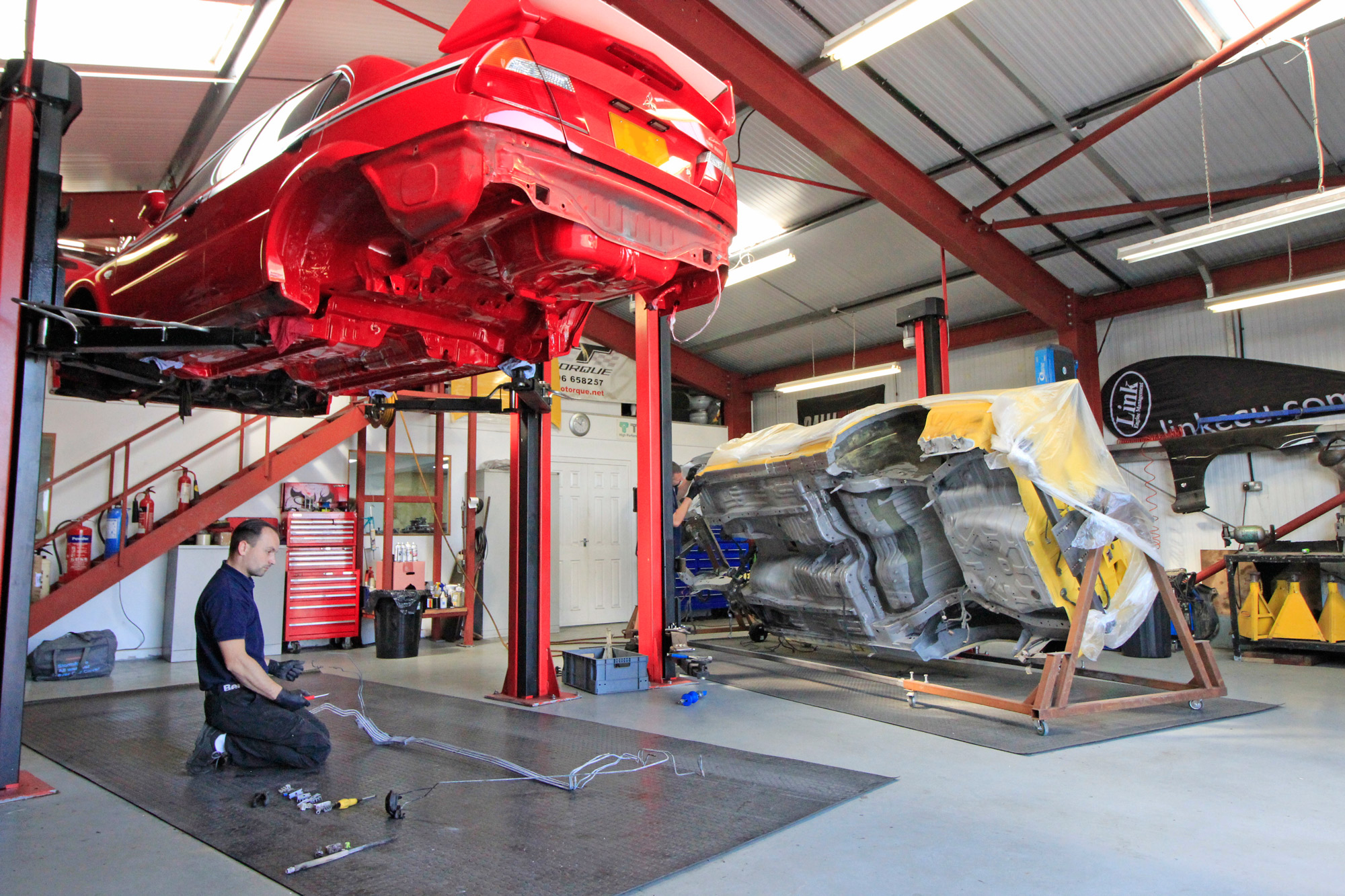 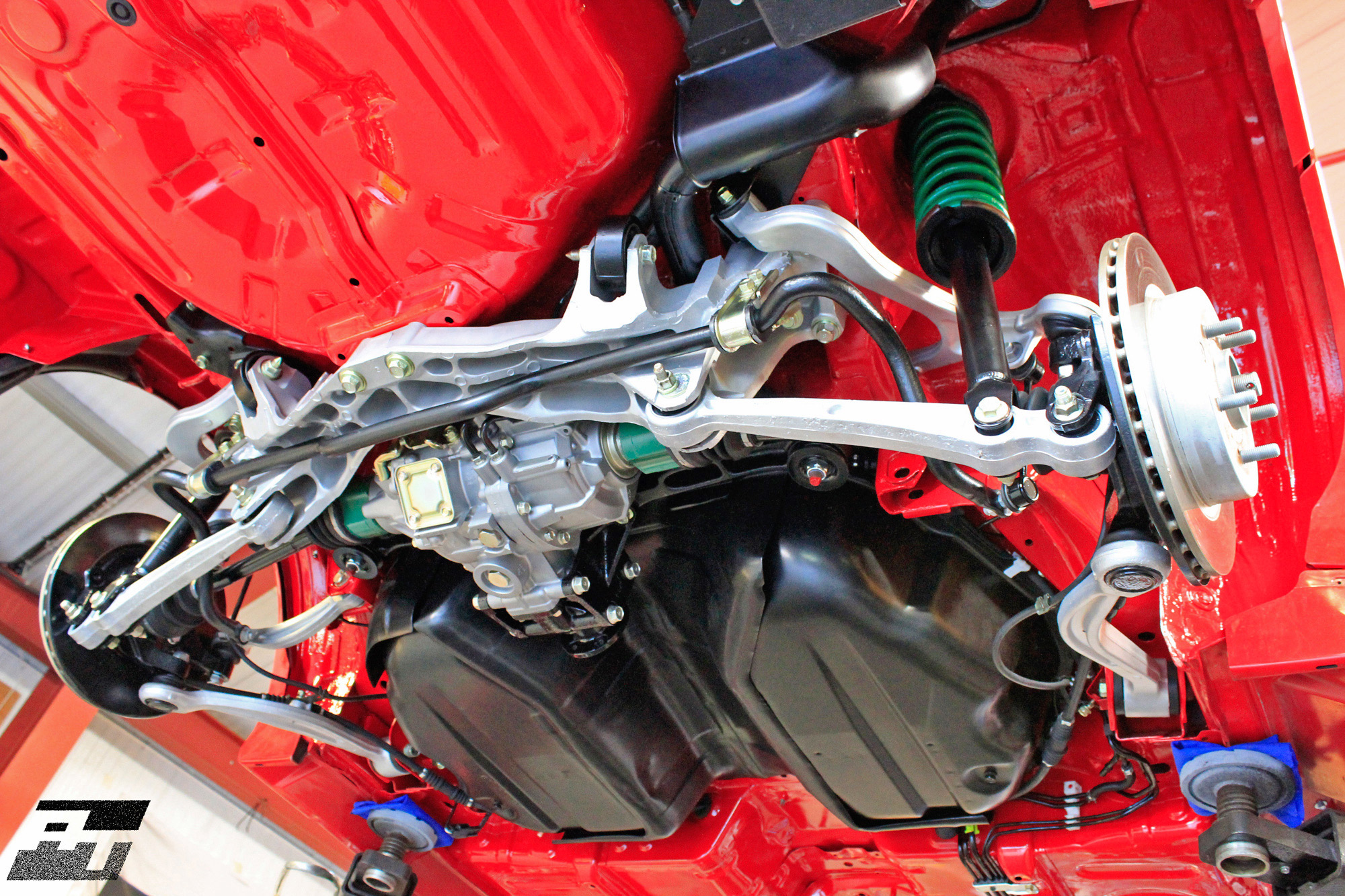