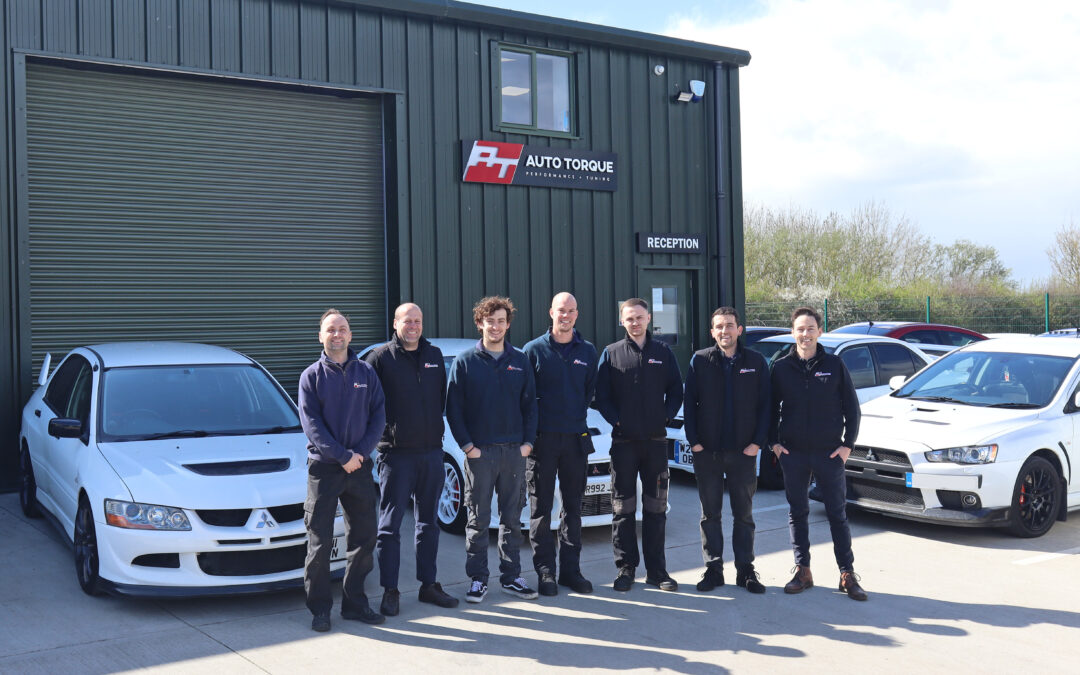 Welcome to my latest Meet the Team blog. This one features another two of my brilliant team, Rainer and Josh.

Just like all of us here at Auto Torque they are hard working, conscientious, and as you would expect, complete Petrolheads!

I hope you enjoy reading about their exploits. And if you’d like to watch them working on customers’ cars, then be sure to follow the links to our YouTube channel at the end of each of their stories.

“The noise is just like an F1 car! The engineering of that V10 is unbelievable!”

Josh Burnard is a master technician, with responsibility for planning the tuning and upgrade projects which customers increasingly entrust Auto Torque with. Many of them require a lot of thought, communication, and preparation, and often include setting up a dedicated WhatsApp group with the customer, to ensure joint decisions can be made quickly, conveniently, and efficiently.

Josh, who lives in Aylesbury, has a real passion for his work, having originally completed an apprenticeship with Land Rover dealer Stratstone before joining the Auto Torque team in 2017.

His top mechanical tip is to do adequate research, joining owners’ clubs, and not automatically choosing either the cheapest or most expensive supplier. He has a keen interest in the software and mapping aspects of tuning, and cautions against owners allowing themselves to be seduced by the clever marketing done, he believes, by far too many vendors.

One of Josh’s typical projects was for our customer Will, who owns a 414bhp Ford Focus RS. Will said afterwards “A big thank you to Josh. My RS had felt like it was literally trying to kill me, and the solution was to have an uprated Quaife LSD fitted to the front axle. The torque steer has gone, when pushed hard into corners the nose points in, and pinning the throttle at the apex gives the car so much more grip”.

As well as driving at Rockingham, Josh also enjoys Bedford Autodrome, Snetterton and Brands Hatch. His favourite road cars include Auto Torque’s Audi R8 V10+ Twin Turbo (which he helped build), and one he particularly enjoyed being a passenger in at Prescott Hill Climb, the Lexus LFA: “The noise is just like an F1 car! The engineering of that V10 is unbelievable!”

Josh has owned his pristine Toyota Celica GT- Four for the last 5 years. It was originally his father’s car, and – ever since his father first let him drive it at Rockingham, immediately after passing his driving test – it is entirely to blame for Josh’s passion for Japanese sports cars!

If you’d like to see more of Josh, then have a look at our video of him installing a Stage 2 upgrade on a customer’s Evo IX here.

From South Africa to Aylesbury

Rainer Burrows is a technician, specialising in the rebuilding of Mitsubishi Evo SST gearboxes, and Nissan R35 GT-R performance upgrades. The SST gearbox is a known weak point on the Evo X, and Rainer’s modifications mean that they rarely fail again, requiring only routine transmission oil changes to deliver consistent, reliable, fast shifts.

Although he is qualified in high voltage cable jointing, and advanced project management in the construction industry, he has had a passion for cars and off-road biking since he was a child in South Africa – he owned a Kawasaki KX250: “…the 450 was just too much, it would rip your arms off”. This passion led to him opening his own workshop in South Africa in 2013, importing Japanese sports cars, modifying them, and preparing them for his business partner’s Drift racing. It follows then, that his favourite motorsport includes the various Drift Series across the world.

Rainer found Auto Torque when he moved to the UK in 2020. He was living in Aylesbury and researching possible tuners for his friend’s Toyota Supra which he was helping him with. “I liked Chris Marshall and the business, and Chris had no hesitation in kindly offering me a role”. He now lives in Steeple Claydon in Buckinghamshire and when he is not working on his cars, he likes online gaming, including Sim racing.

He loves the timeless design of Japanese sports cars, and he is very interested in restoring old iconic cars to new, celebrating their unique designs without distorting them visually. It’s no surprise then, that across the UK and South Africa he has quite a vehicle collection. He owns two Evo VIIs, a Mk3 Toyota Supra, a Nissan R32 GT-R, a 350Z, and two Silvia S15s – one of them a widebody with a Supra 2JZ twin-turbo engine: “You can’t beat that noise”, he says. “You can easily tune and add immense power to the Toyota 1JZ (2.5) and 2JZ (3.0) straight six engines. They are much stronger than the Nissan RB26 or VR38 engines – which I also love – but which need strengthening to cope with lots more power”.

Rainer loved to take his favourite S15 over the best driving roads in South Africa: wide, flowing passes through spectacular mountain ranges. And the international circuit at Kyalami, near Johannesburg – which hosted the South African Grand Prix until 1993 – is his favourite track. The lap record there is held by Nigel Mansell in a Williams FW14B in 1992. That car had a Renault 3.5 V10, producing 750bhp at 13,000 rpm, and was so quick it helped Nigel Mansell and Williams win both the 1992 Drivers’ and Constructors’ Championships. Although not quite as exotic back in the UK, Rainer particularly enjoys the circuits at Snetterton and his favourite, Bedford Autodrome.

Rainer’s top mechanical tip: never rev an engine when starting it – the oil takes a few seconds to be pumped to everywhere it needs to be, and that’s when most of the wear occurs inside an engine. “Revving the engine only increases that wear – and quite dramatically. And the car should continue to be driven sympathetically until the oil has properly warmed up and is flowing freely”, he says. Thanks Rainer, we have been warmed.

If you’d like to watch one of Rainer’s typical days at Auto Torque, then head over to YouTube here.