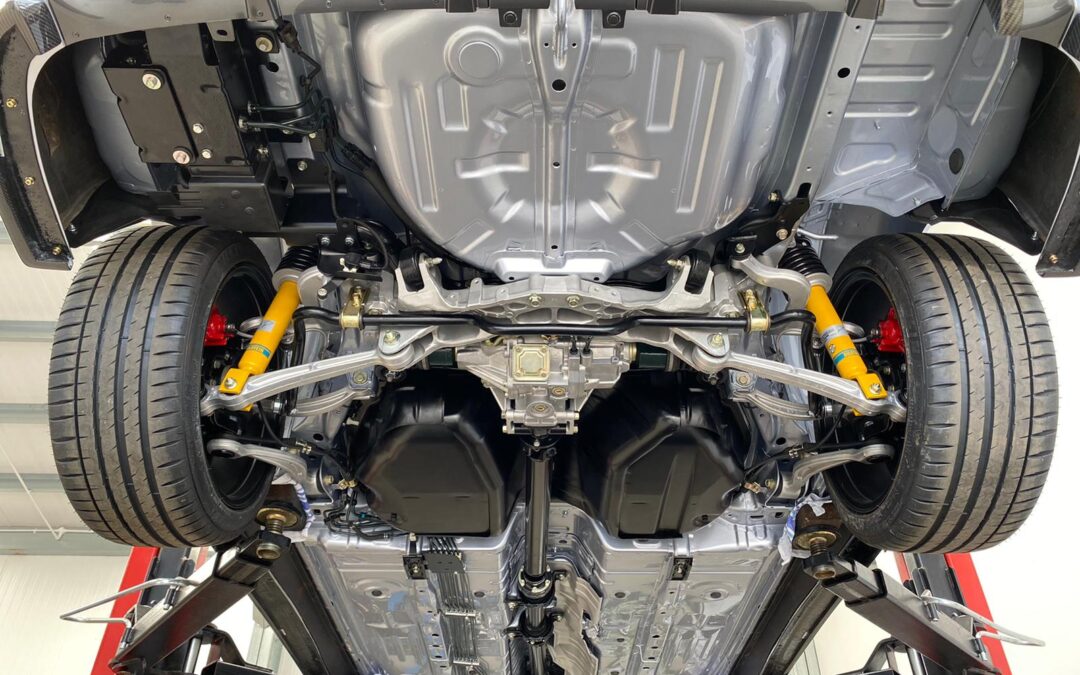 Some older sports cars are so valuable in today’s market, that underbody restoration is a project which owners increasingly prioritise. So, I couldn’t resist using the title of a supernatural horror movie from 2000, starring Harrison Ford and Michelle Pfeiffer, as the title of this blog: I suspect that many owners now and again, ask themselves that nagging question ‘What lies beneath’?

Auto Torque have successfully restored many iconic vehicles during the past 10 years; our restoration technicians have training and specialist skills and experience, which enables them to proudly deliver projects to meet and exceed our customers’ expectations. So, for my second Meet the Team blog I am particularly pleased to introduce these team members and share a little bit about their own interests and motivations, inside and outside work.

Tomasz previously ran his own automotive business, its workshop located close to Auto Torque, and he would support us with specialised jobs. He says with a broad smile, “Auto Torque were one of my best customers! I decided to close the business as I wasn’t happy seemingly doing far more work than anyone else in the workshop, and I didn’t have a satisfactory work-life balance. But this was a blessing in disguise as Chris told me in 2018 that they were looking for a new technician, and he invited me to join the team. I treat this as a dream job, and I have no regrets. In fact, there is never a morning when I don’t look forward to going to work. I also have an appreciation of what the business is trying to achieve, and my role supporting our vehicle restorations strategy is most important, I hope and believe”.

With such a strong background then, it’s not surprising that his approach to work is systematic and thorough. He never gives up and will always strive to find a solution. He works closely with the entire team, and particularly with Elliott, our other restoration technician. “I carry out ‘nut and bolt’ restorations on some amazing cars. We carefully and methodically disassemble the vehicle, and often deal with every single chassis and drivetrain component, replacing or completely restoring everything”.

Tomasz identifies a good example, which involved a customer’s Mitsubishi Evo VI TME. Its owner Richard says “The team at Auto Torque restored my TME to a standard that is comparable with the best restorers in the classic and collector car industry. I am thrilled with how the car turned out and I enjoyed working with such a dedicated and professional team”.

What is Tomasz’s top mechanical tip? “Simple; make sure your vehicle is serviced on time. Delayed fluid changes will cost an owner so much more in the long term. Why? Well oil which is due for replacement has already chemically degraded in its ability to protect and lubricate, and it’s full of thousands of miles’ worth of contamination from dust and tiny metallic particles, which increasingly accelerate the wear of engines and transmissions. Clean oil simply stops and prevents that wear”.

He lives in Abingdon in Oxfordshire and enjoys spending time off with his young family, sometimes fishing his local River Thames. He also looks forward to the team track days at places like Rockingham and Bedford Autodrome, and he is always looking forward to the potential of getting “a bit sideways”.

He used to be a BMW enthusiast, having owned four E39 5 Series: “They are spacious and powerful” he claims, and he has lots of respect for their pioneering (at the time) inline six 3.0 litre diesel: “A perfect balance of strong torque and excellent fuel economy”, Tomasz says. He also admires the RB26 GT-R engine: “Turn the key and you need no music playing at all! Older cars have much more soul. I prefer soul, to in-car ‘toys’ every time!” A car with an abundance of ‘soul’ – and having an intercooler water injection button, and a dial for the adjustable differential, as its only in-car ‘toys’ –  is the revered Subaru Impreza 22B. Tomasz restored a 22B owned by our customer Gavin, who says “Being one of only sixteen of the 22B Type UK, we needed to work with a company that has high standards and an eye for detail. The team at Auto Torque didn’t disappoint. The car was transformed back to better than new condition and we couldn’t be happier with the results”.

Elliott has 6 years’ experience in restoring vehicles. After studying restoration at college, he worked on some interesting cars from Jaguar, Aston Martin, Lancia, and Porsche, focussing on fabrication and paintwork. He has also benefitted from working on vintage vehicles including Bugatti, which of course are often worth so much money, that there is usually no question about the size of the restoration budget. “I was never previously a fan of vintage cars but working on them you got to really appreciate the clever engineering of the day, for example a Type 13 Bugatti – the first true Bugatti – 1.4 Litre 8-valve, hurtling around Brooklands on worryingly thin wheels and tyres”.

Elliott adds that Bugatti aside – and more generally before a car gets to a certain value – it is difficult to justify a budget of up to 2,000 hours in restoration. For modern classics then, the type we deal with here at Auto Torque, he says it is sometimes more a labour of love.

He has also helped restore a lot of 60s-70s 911s and they are often in better condition, he says, than Japanese vehicles 20-30 years younger; the steel they are made from appears to be better quality too. Fortunately, new Japanese cars no longer suffer from those issues – now being properly undersealed as part of their manufacturing process – but Elliott is quick to point out that there remains many of the iconic Japanese sports cars manufactured before, say 2010, which will probably require underbody attention at some point in the future.

So, what’s Elliott’s top tip to keep a vehicle body and chassis in the best condition? “Clean it, protect it and store it! if people don’t clean their vehicles properly over winter, then the salt inevitably does what it always threatens to do! The key word is wax, wax, wax! – anything hydrophobic that will repel moisture from the chassis, supplemented with cavity wax in the sills, the bottom of doors, and a decent wax or ceramic coating for the paintwork. I’ve stripped down 100-year-old vintage cars which have perhaps always leaked oil from the engine and the gearbox, and underneath is covered in a protective oil film – there is no rust at all under all that accumulated oil! On the other hand, I’ve also seen brand new cars come in with underside surface rust, so I would always protect a car irrespective of its age”.

Elliott lives in Twyford in Buckinghamshire and has played football all his life. He is also a rather good artist, drawing and producing watercolour portraits of animals, and the occasional car.

His favourite cars of all time are the R32 and R34 GT-Rs. He’s also a VW fan; his first car was a 1972 Beetle which he has owned since he was 14, and which he is currently renovating. His favourite engine is the VW flat-4 air cooled Beetle engine: “It can cope with up to 200BHP and can be removed in 10 minutes if necessary. The car weighs next to nothing and can be a lot of fun”, he says.

He likes to watch Formula 1: the 2021 season was in his opinion some of the best motorsport he’s watched and obviously, very controversial. His favourite driver was Lewis Hamilton at the start of his F1 career, but now it’s Lando Norris: “He’s British, genuine, humorous and quick”.

A couple of years ago, like many young people Elliott had a dilemma; shall he buy a house…. or perhaps a car? There was absolutely no contest, of course. His R32 GT-R in Gunmetal Grey (the best colour!) sits menacingly and purposefully; tucked up right now in the middle of winter, well away from all that road salt. He’s really looking forward to driving it again in the spring, with trips to Caffeine & Machine most likely. Endowed with numerous Japanese domestic market ‘old-school’ parts, including intake, exhaust, camshaft, and boost controller, he says “It’s rather nostalgic”. Yes Elliott, and quite special.

I hope you have enjoyed reading about Elliott and Tomasz. Have a look here if you’d like to watch and listen to more about the 22B and TME. We will soon have another Impreza 22B in our hands and this one has a very special history, so please keep tuned. And remember that we are happy to take off undertrays, check your vehicle and carry out even the simplest of spray coatings to protect your pride and joy. But if you have any concerns and you don’t want to wait until your next routine service to check what lies beneath your own sports car, then give Elliott, Tomasz, or me a call.

I’d like to wish all our followers, and our customers – past, present, and future – a safe, exciting, and successful 2022.